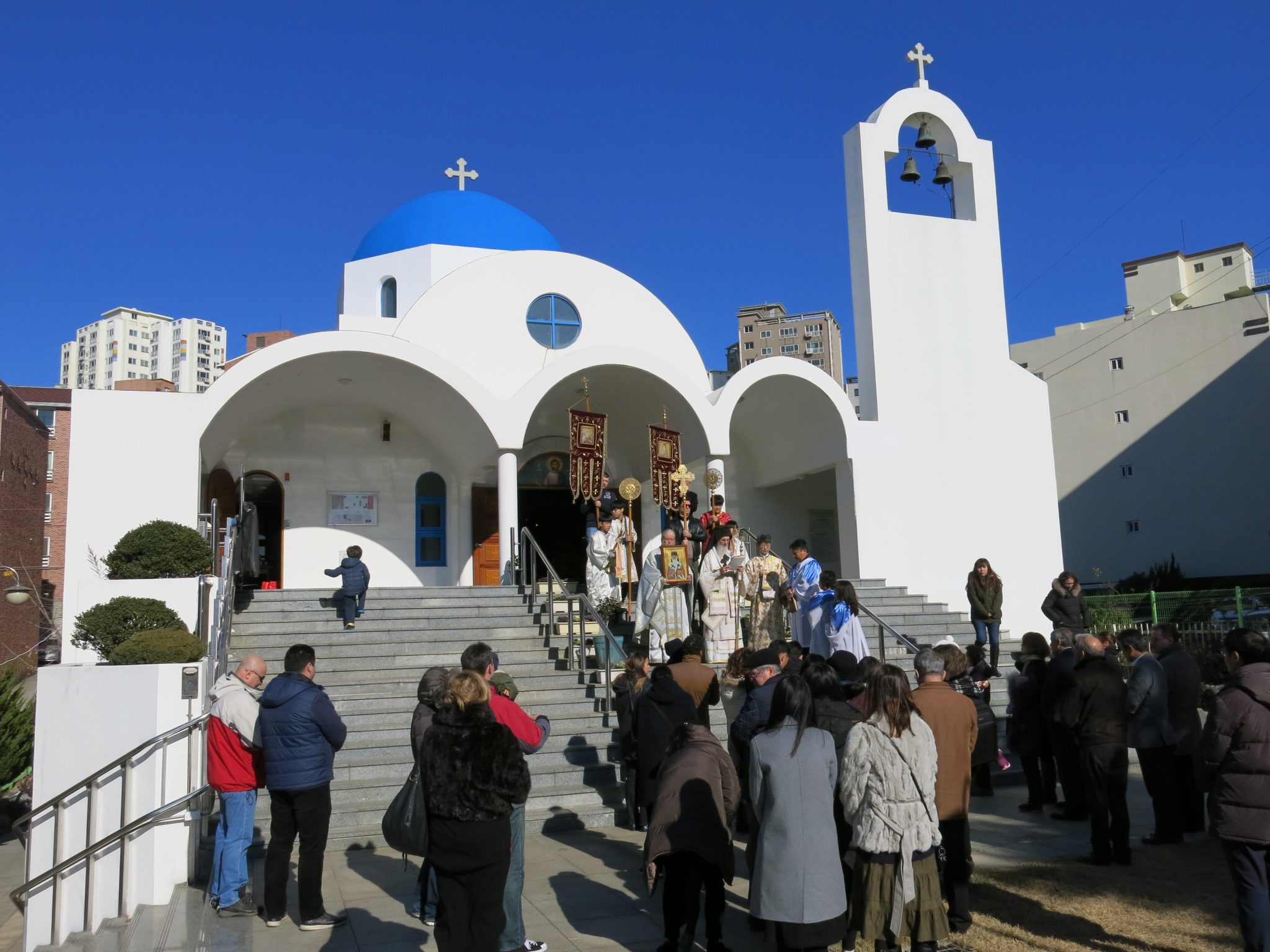 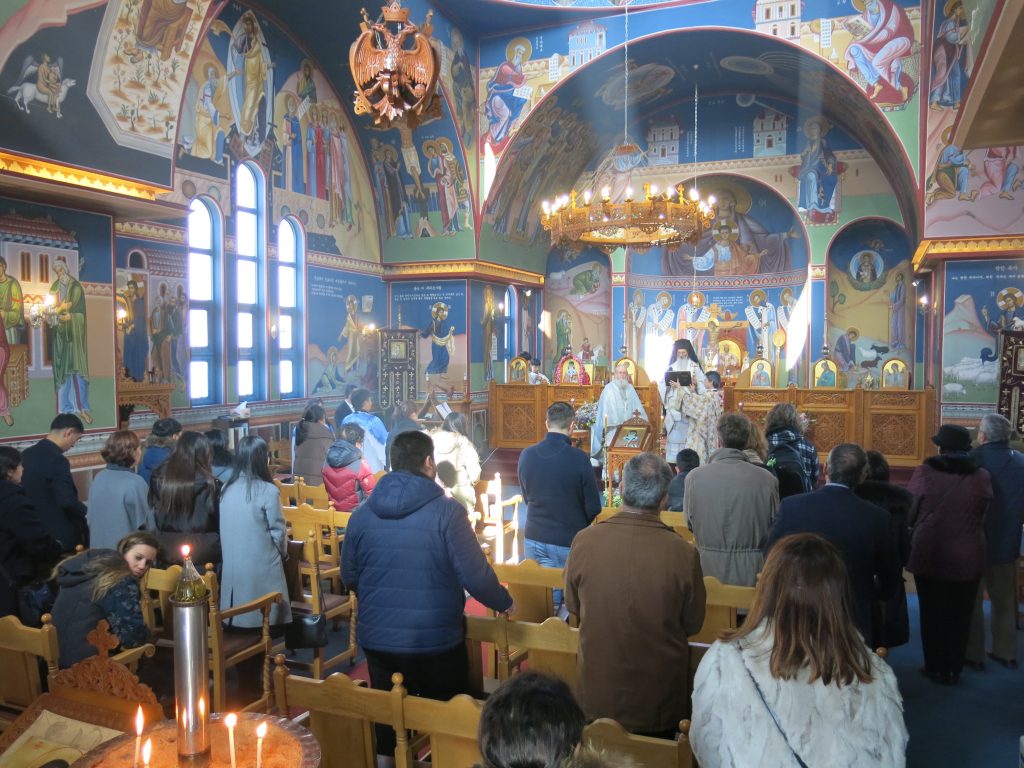 With the grace of God, we celebrated this year the feast of St. Dionysios in his homonymous Church in the city of Ulsan.

On Saturday, December 16th, His Eminence Metropolitan Ambrosios of Korea officiated the Great Vespers with Artoklasia, assisted by Athonite Hieromonk Theologos Chrysanthakopoulos, and Deacon Johan Park,  and a Sermon was delivered by His Eminence Ambrosios. After that, a dinner of love was served to all present.

On Sunday, December 17th, the Matins and the Divine Liturgy were celebrated by the Metropolitan with the participation of Rev. Fr. Theologos Chrysanthakopoulos, Deacon Johan Park and many Orthodox Korean faithful, as well as Greeks, Romanians, Egyptians and Russians. They also participated at the procession around the church of the holy Icon of St. Dionysios.

A meal of love was offered to everyone, after which the children of the Parish presented a festive program with ecclesiastical hymns, songs and dancing. The Metropolitan thanked the children for their participation and gave gifts to all of them. He also thanked Father Theologos, the Members of the Church Council and all those who worked to prepare the feast of St. Dionysios. He especially thanked the Romanian volunteers who helped to decorate the trees in the courtyard of the Church building with Christmas lights, and those who made donations for the painting of the dome and the outer walls of the Church.

St. Dionysios, we ask you to intercede for the Orthodox Community in Ulsan, and  particularly please send us a permanent Priest to serve in your church which has been orphaned after the passing away of Father Paul last April. Amen.