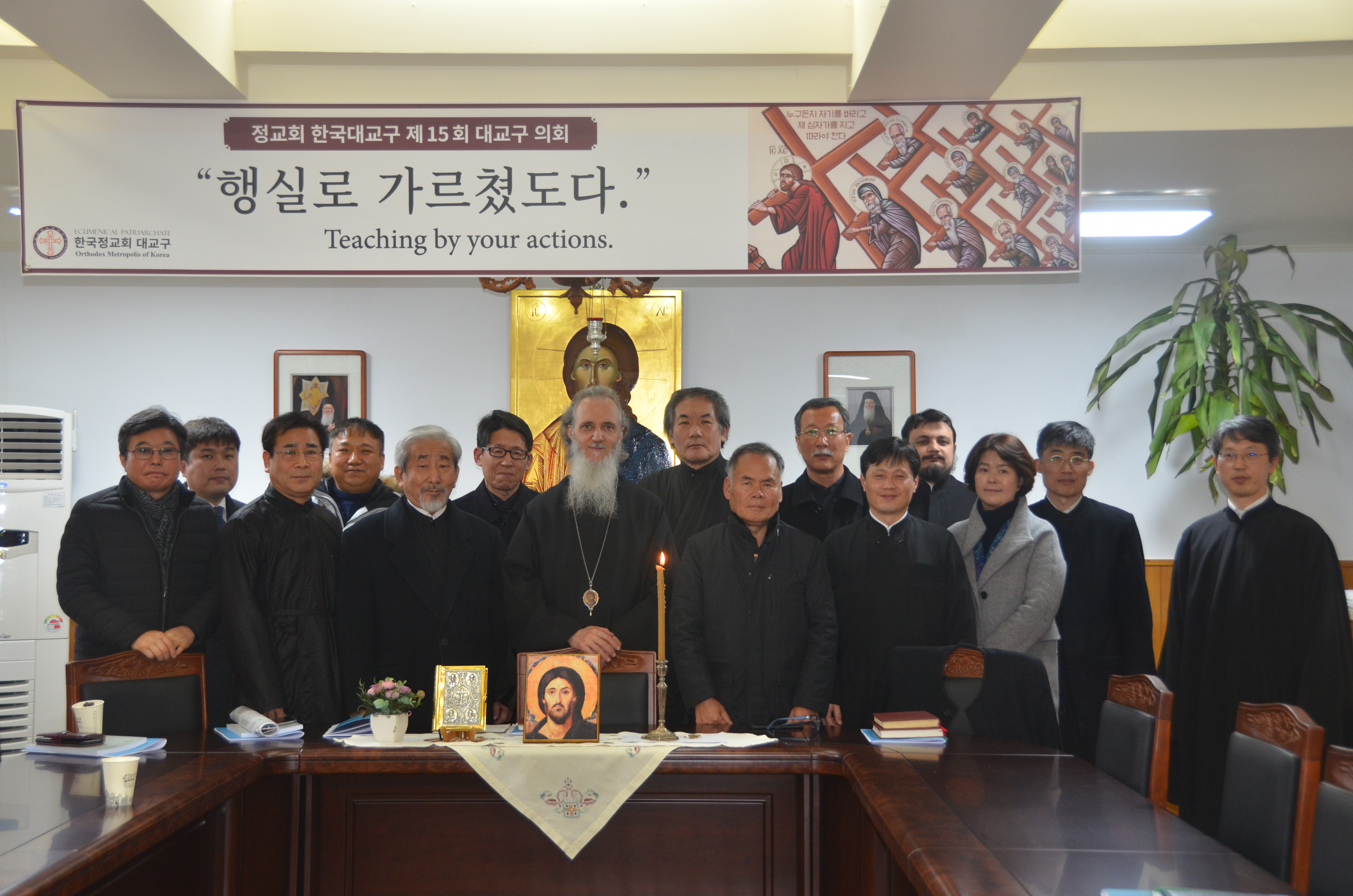 On Monday, January 21, the 15th Clergy-Laity Assembly of the Orthodox Metropolis of Korea was held in Seoul, in accordance with the Constitution of the Metropolis, during which the spiritual and financial report of the past year, as well as the budget of the New Year were discussed.

The central theme of this year’s Clergy-Laity Assembly was: “Teaching through your actions.” During the analysis of the central theme, it was emphasized that the strongest argument for the spreading of Orthodoxy in the Korean society is our own example as Orthodox. And it was also pointed out that we should not try to convince others through words about the existence of the true God and the correctness of the teaching of the Orthodox Church, but with our Christian example. Only through our holy way of life will we convince the “outsiders” that Christ is “the Light of the world,” Who can deliver us from the spiritual darkness and redeem us from the tyranny of sin and death. At the end everyone agreed that the theme of the 15th Clergy-Lay Assembly ought to remind us that the applied Gospel in our everyday life, through our personal struggle in practicing repentance, is the one-way street for us to become the “light” and the “salt” of the world.

During the presentation of the Proceedings of 2018, the main and most important event that has left a mark and will continue to mark and influence the life of the Church of Korea was mentioned; and this, of course, is the 4th Official Visit of our Ecumenical Patriarch, Bartholomew in Korea from 3 to 8 December 2018, on the occasion of the 50th Anniversary of the construction and operation of the Cathedral of Saint Nicholas in Seoul.

Metropolitan Ambrose, in his introductory speech, spoke extensively on this issue and extended to the participants the paternal wishes and blessings of the His All Holiness for the success of the 15th Clergy-Laity Assembly.

For the current year the interest of the members of the 15th Clergy-Laity Assembly was focused on the following points:

2. On organizing three-day events for the Elderly and young parents.

3. On the construction of the New Church of the Dormition of the Theotokos in Jeonju.

4. On purchasing the plot adjacent to the Cathedral of St. Nicholas for the erection of the Orthodox Educational Cultural Center.

5. On the construction of the new wing at the Holy Monastery of the Transfiguration of the Savior in Gapyeong.