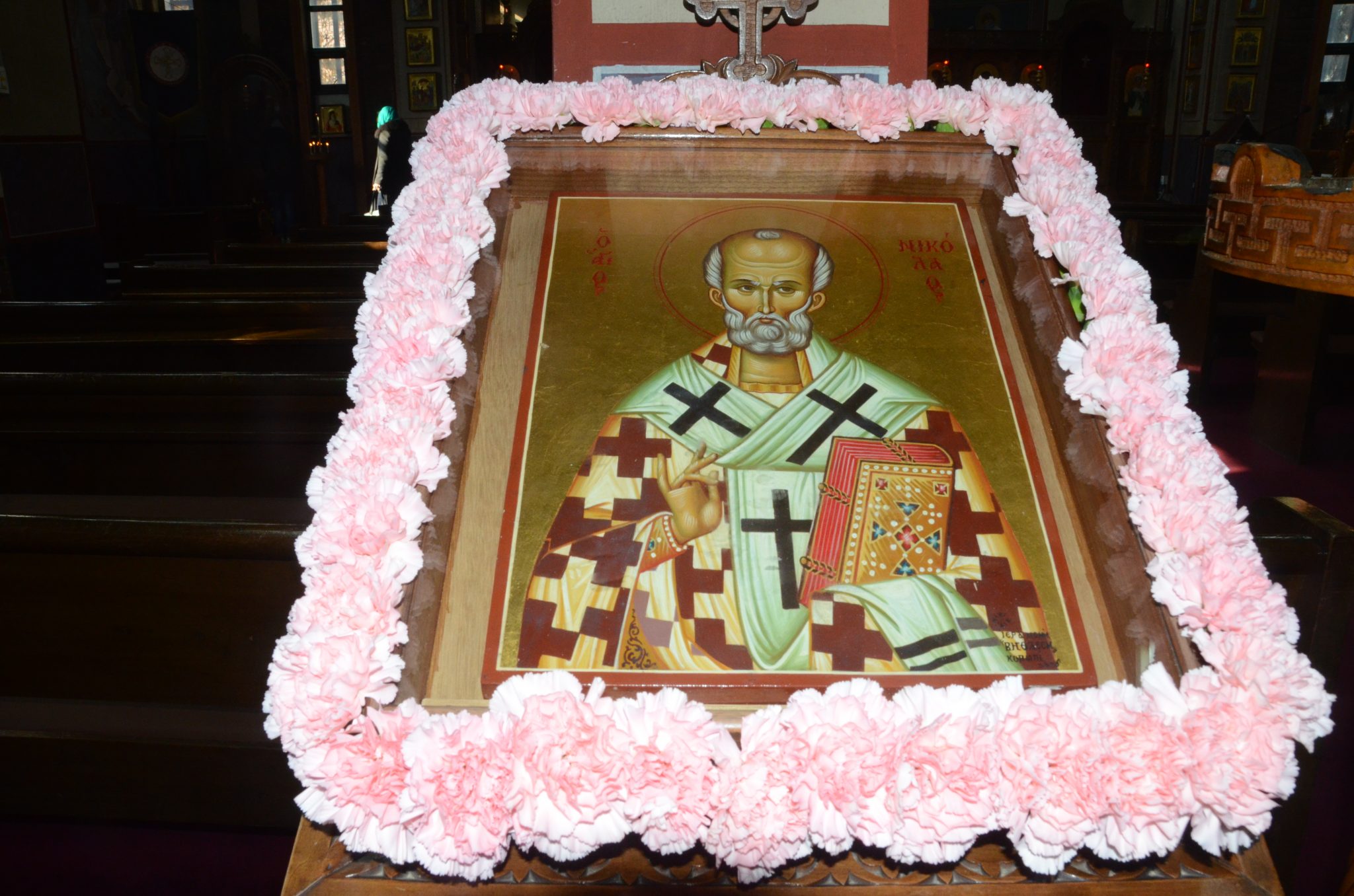 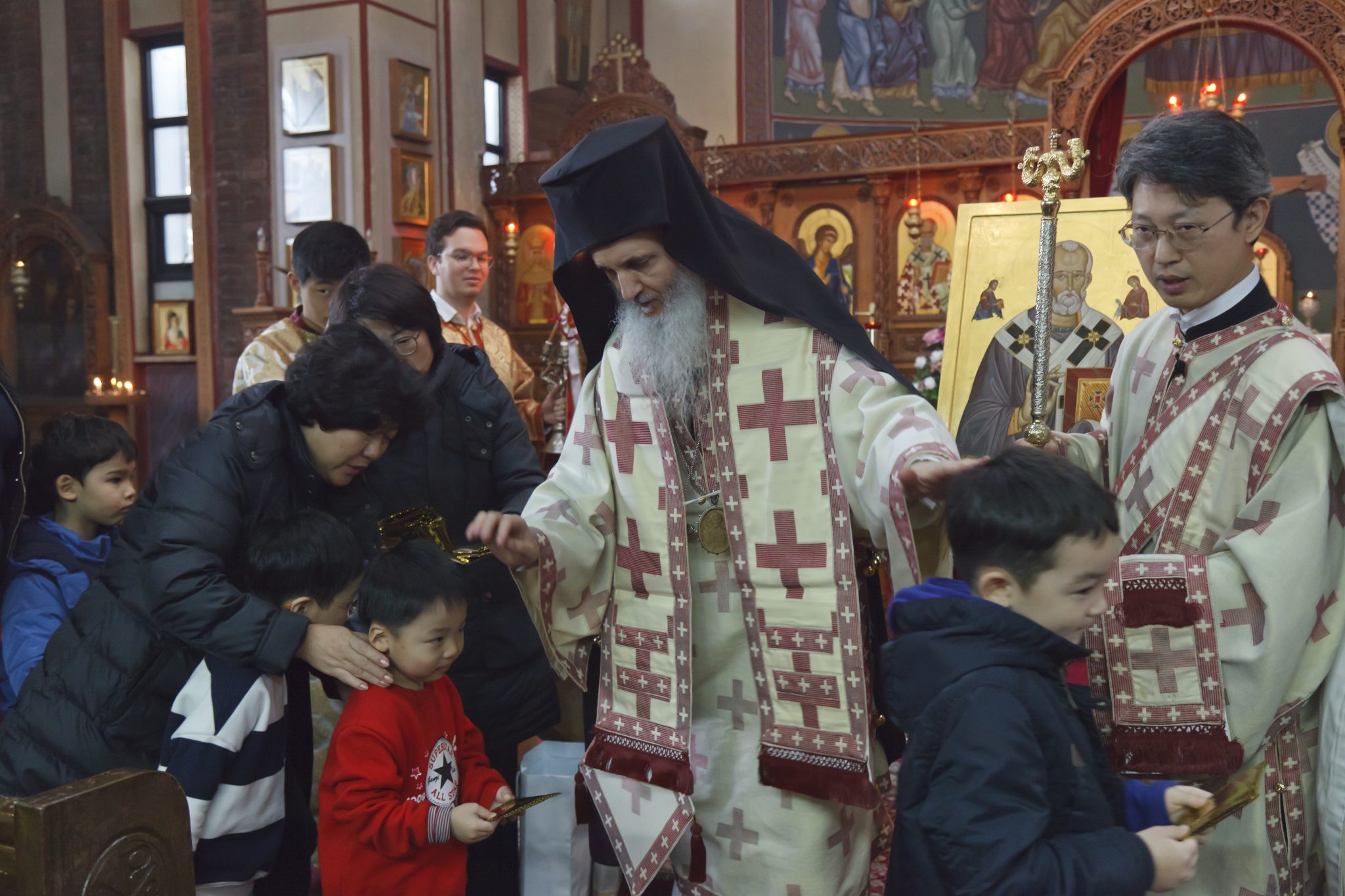 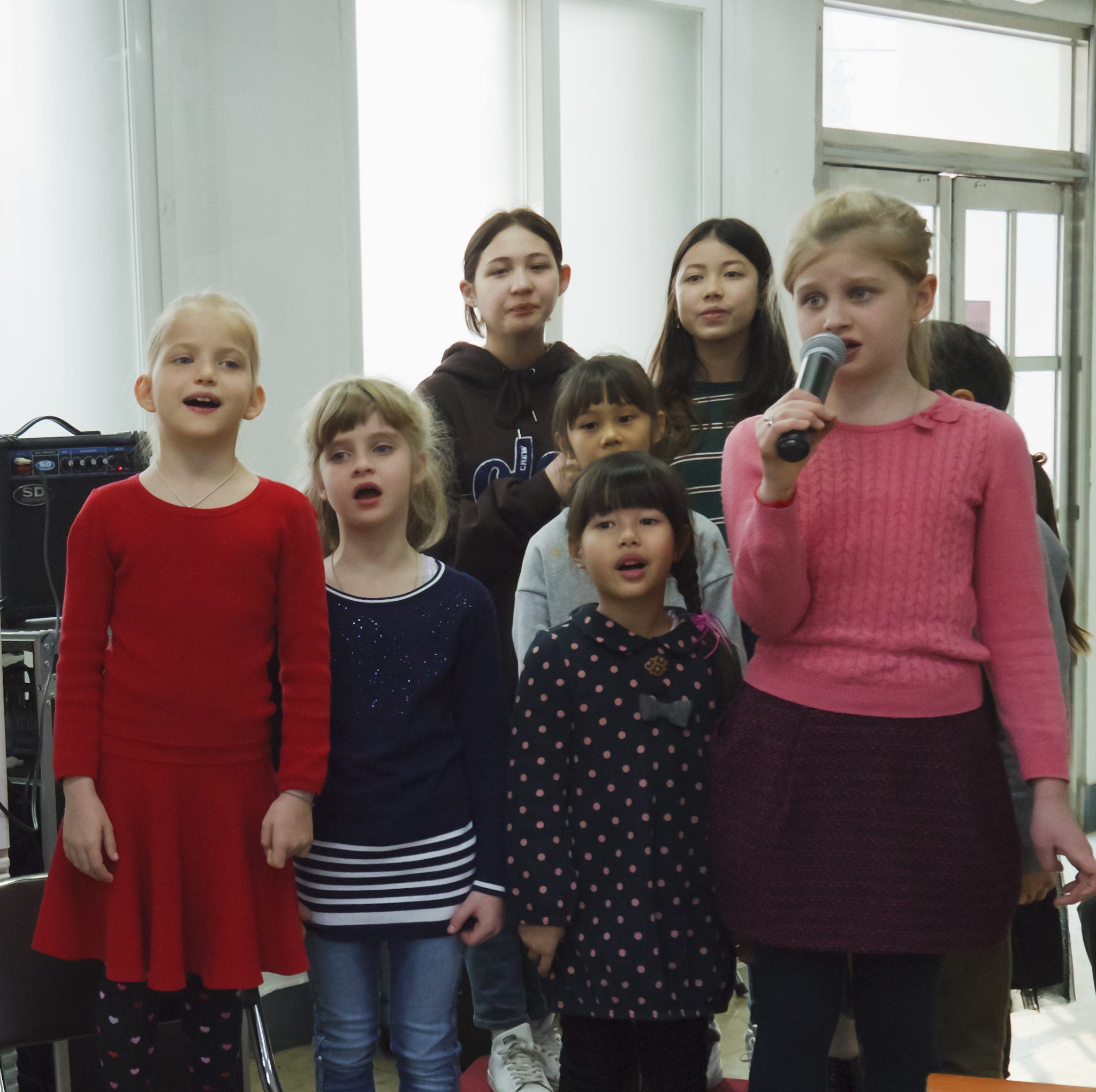 The Feast day of Saint Nicholas in Seoul was celebrated with great splendor from December 3 to 6 of this year.

On Sunday, December 3, the festive program began with the transferring of St. Nicholas Icon and his holy Relics to the center of the Cathedral and it was followed by a special prayer after which HE Metropolitan Ambrosios offered gifts to the children on behalf of St. Nicholas Parish. During the Agape meal the children sang some songs, and then the Metropolitan spoke on the subject: “The story of the construction of St. Nicholas Cathedral, Part A”, because of the occasion of the fiftieth anniversary (1967-2017) since the building of the Church.

On Wednesday morning, December 6, after the service of Matins, the Metropolitan of Korea officiated the Divine Liturgy with the participation of Hieromonk Theologos Chrysanthakopoulos of Mount Athos, Fr. Hilarion Jeong, Fr. Roman Kavchak, Fr. Anthony Lim and Deacon Johan Park. After the Divine Liturgy, a celebratory meal of love was offered to everyone, at the end of which the Metropolitan of Korea delivered the second Part of his speech “The story of the construction of Saint Nicholas Cathedral, Part B”.