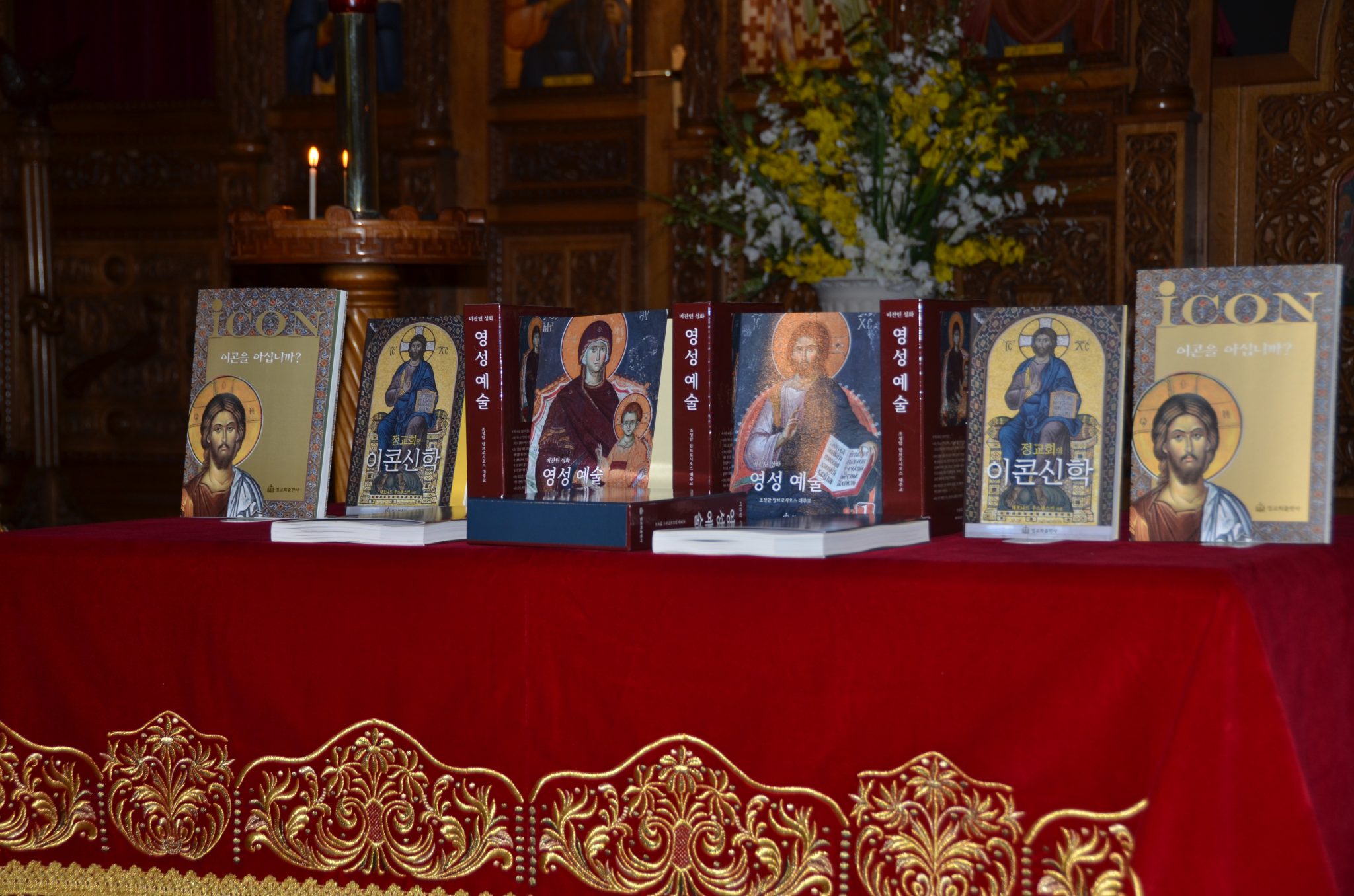 On Tuesday, March 27, 2018, in the Cathedral of St. Nicholas of Seoul, the new book of Metropolitan of Korea Ambrosios was presented: The title of the book is: Orthodox Icons: A precious spiritual treasure. The work consists of two volumes in which the fifty-two images of Christ, the Theotokos, as well as Angels, Prophets, Apostles, Martyrs, Oks and Saints are analyzed in detailed. Total pages 512.

More than two hundred people, most of whom were non-Orthodox, attended the book presentation ceremony. The event was covered by various Korean media.

After the book presentation, a reception followed in the Hall of the Missionary Center for everyone present.