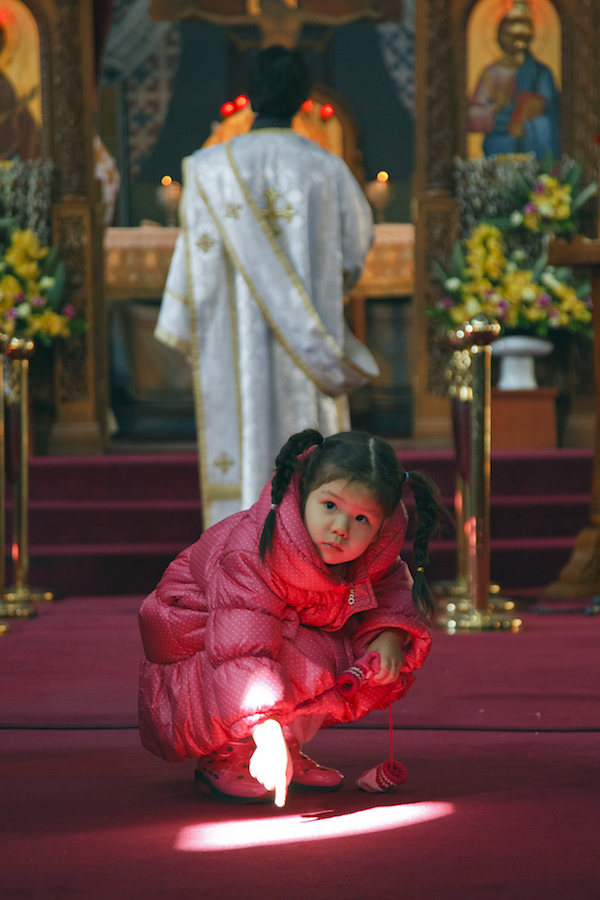 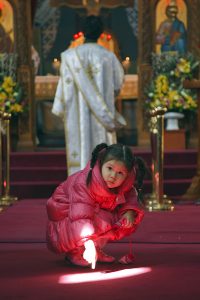 Lydia the first Christian in Europe, “was baptized along with her household” (Acts 16:15), after she heard—with great attention—the preaching of the Apostle Paul when he visited the town of Philippi.
According to tradition, the founder of the Church of Aegina, Crispus—who was the head of the synagogue—was baptized by the Apostle Paul “together with his household” (Acts 18:8).
After the miraculous liberation of Paul and Silas from the Philippian jail, the jailer believed in Christ and “he was baptized immediately, together with his whole family” (Acts 16:33). The newly converted jailer then welcomed them to his house and “he and his entire household rejoiced that he had become a believer in God” (Acts 16:34).
These interesting cases of baptisms of whole families did not only occur in the first century, as the Book of Acts describes, but occur even today, in the 21st Century, in countries where the Orthodox witness is spread.
We have lived a similar and very moving event, in our St. Dionysios parish, in the Korean city of Ulsan, on the very day that we commemorated this great saint and Archbishop of Aegina, who was originally from the island of Zakynthos. During the baptismal Divine Liturgy, Zacchaeus was baptized together with his family, his spouse, Cecelia, and their children, Leon and Photini.
Before the Great Vespers service for the feast day, Zacchaeus and his whole family came to the church for confession, as was practiced by those who were baptized by St. John in the Jordan (cf. Mk 1:5)
The next day, during the Matins service for the feast, the prayers for becoming a Cathechumen were read for the family in the narthex of the church by Fr. Paul Kwon. At the end of the Matins and censing, the Metropolitan, priests, deacon and altar boys led the candidates for illumination and their godparents to the baptistery, where the Divine Liturgy and sacrament of Baptism began.
At the conclusion of the baptisms, the newly-illumined members of the Church put on their white garments and their godparents placed crosses around their necks. The sacrament of holy chrismation followed, which climaxed with the chanting of “All those who have been baptized into Christ have put on Christ,” as the font was circled. Then, holding their candles, the newly baptized processed into the nave, where they joined the Divine Liturgy that was already in progress, proclaiming the Epistle and Gospel readings. At the conclusion of the liturgy, the newly-illumined received Holy Communion for the first time in their lives.
Before finishing the Divine Liturgy, the service of the cleansing and the cutting of hair took place. At this point, the Metropolitan turned to the newly baptized Christians and exhorted them to “live the Orthodox faith until their last breath, striving to maintain pure souls as symbolized by their white garments.” He also give each of them an icon of Christ and a cross as a further reminder of this life-changing event and of the crucified path they will now follow. Then, after distributing the holy bread, all of the member of the community greeted and welcomed the newly baptized, giving them warm wishes of brotherly love. A similar expression of welcome and support occurred during the community agape meal, which was hosted by the parish in honor of St. Dionysios.
With God’s help and the efforts of Fr. Paul, the newly-established parish of St. Dionysios in Ulsan is experiencing significant growth. The parish started in 2005 with only two families; today, it has reached 20 families and the average parishioner’s age is 30 years old. It is a parish with great potential for growth because many members are young families with missionary zeal. This is a quite characteristic manner for new member to join a parish—one family who is familiar with the Orthodox Church in the area recommends the community to another local family. For example, an Orthodox woman, who is a teacher, was working as a tutor for a Buddhist family. After one of her sessions, she spoke to the mother of the children she was tutoring about the Orthodox Church. The children’s mother was facing serious health issues, and the tutor proposed to bring the sick woman and her family to St. Dionysios Orthodox Church and to speak with Fr. Paul. After their visit, Fr. Paul came to their home and conducted a house blessing with holy water. The mother’s health, by her own account, began to improve considerably from that moment. The Buddhist family began and completed catechism classes and, subsequently, were baptized as Orthodox Christians. The same family later brought in another family, and this family, in turn, brought in the family of Zacchaeus.
Let us pray that the Lord adds many “saved persons each day to the Church” (Acts 2:47) of Korea, as well as throughout the whole world, wherever there are efforts to spread Orthodox witness, “to all the nations,” so that His Holy Name is glorified forever and ever. 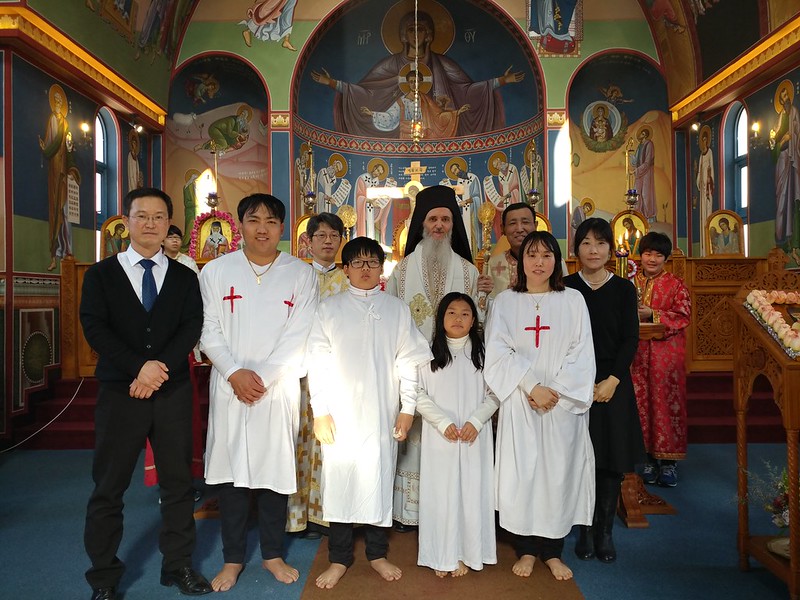